Hopefully, you and your business are not affected by the Coronavirus and there is no need for you to read that posting. But, maybe do you know someone or a business that is and desperately looking for assistance.

As you most certainly being aware of, the Coronavirus has now hit every continent except Antarctica. As the Covid-19 virus spreads, the risk of a local, national and global recession increases and many analysts are further downgrading their forecasts for the Global Economy.

The outbreak is taking a growing toll on every business and, believe me, “The Worst Is Yet to Come”.

As the founder and owner of JMD Systemics, a division of King Global Earth and Environmental Sciences Corporation, I can most certainly help you minimize the effects of the Coronavirus Pandemic on your business.

Free of charge, here are Three Steps To Take Now To Prepare for The Covid-19 Possible Disruption Of Your Business and Seven Solutions To Help Your Business Navigate the Covid-19 Economic Uncertainty.

You want to know more!

For immediate assistance or to see how I can further help you minimize the disruptive effects of Covid-19 on your business, do not hesitate to contact me via Skype for an initial “FREE” Consultation.

Furthermore, do not hesitate to forward this email to anyone you know that may be experiencing difficulties and is desperately looking for help.

Above everything else: BE SAFE!

A division of King Global earth and Environmental Sciences Corporation

Seamlessly take control of your personal information, no matter where the Internet takes you.

Protecting your personal data has never been this easy. Escape advertising trackers.

DuckDucGo’s tracker blocker stops advertisers from tracking you on the sites you visit. Keep your search history private.

DuckDucGo does not follow you around with ads, does not store your search history. Therefore, DuckDucGo has nothing to sell to advertisers that track you across the internet.

Switch to DuckDuckGo and take back your privacy! No tracking, no ad targeting, just searching. 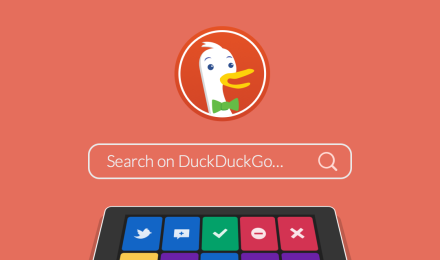 Seamlessly take control of your personal information, no matter where the Internet takes you.

Protecting your personal data has never been this easy. Escape advertising trackers.

DuckDucGo’s tracker blocker stops advertisers from tracking you on the sites you visit. Keep your search history private.

DuckDucGo does not follow you around with ads, does not store your search history. Therefore, DuckDucGo has nothing to sell to advertisers that track you across the internet.

Switch to DuckDuckGo and take back your privacy! No tracking, no ad targeting, just searching. 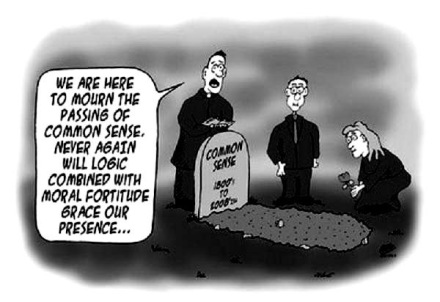 Our society has become an overprotective mother.

Overprotecting people reduce their competence and this, associated with a kind of social immaturity is one of the major pathologies of our present days culture.

More and more people are now relying solely on the News Media and the Web, without questioning the facts, to validate their action and pathological societal disorders.

We are living a psychological epidemic

Today, thanks to the web and the news media allowing all the “sick” people and marginal groups of this world to validate their being and way of life, we are now living in a society of self-diagnosed individuals and collectives multiplying and glorifying their immoral and asocial pathologies.

Being a straight, moral and intelligent person is no longer the norm. By simply finding all sorts of people who act and think like them, people suffering from borderline personality disorders or merely acting like total assholes are now justifying their own existence and behavior.

More and more people and minority groups, are now justifying their immoral, amoral and depraved conduct and way of life only and simply because they now feel that they are not alone. We now live in a society of self-diagnosed people multiplying and glorifying immoral pathologies.

Being a victim, a member of whatever minority, feeling like being harassed, oppressed and persecuted, blaming everyone else other than ourselves for our condition, throwing rocks at everyone instead of empowering ourselves is the new norm.

It is time to fight back

When being the most oppressed victim gives you the highest status, then it’s a race to the bottom.

When the regular straight and moral and more than often white guy becomes the new minority, we definitely have a serious societal problem.

Throwing rocks at everyone, every institution and in every window that you come across will never solve any problem. On the contrary! Such an attitude is only creating more problems, exacerbating people and public opinion.

Our society has become this overprotective mother and playing the victim card with the highest degree of status is really bad omen.

For everyone that is now wrongly and unjustly lapidated on the public place, it is now time to stand up and fight back. 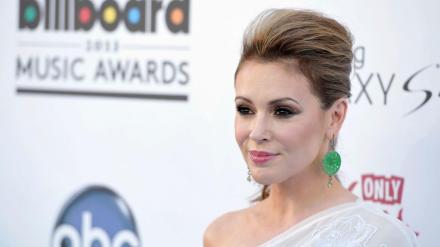 Thanks to Alyssa Milano, the #MeToo movement is now creating a moral panic.

If you have spent any time on social media lately and watching the news, you have probably been shocked and sad to see the incredible viral spread of the hashtag #MeToo Movement.

The #MeToo Movement is the product of a broken legal system, using the internet to cause stars to fall from the skies. Phones at sexual assault hotlines all over the world are ringing off the hooks, organizations are scrambling for help and media love it.

No one’s reputation is off limit anymore.

It is in 2016 that social activist and community organizer Tarana Burke created the expression “Me Too” on Myspace, as part of a grassroots campaign to promote “empowerment through empathy” among “women of color” having experienced sexual abuse.

On October 15, 2017, actress Alyssa Milano encouraged spreading the expression as part of an awareness campaign in order to reveal the ubiquity of the problem among all women.

On January 4, 2018 Milano announced in an article published in the Rolling Stone magazine that she and 300 other women in the film industry were now supporting another movement called Time’s Up, an initiative aiming to help fight sexual violence and harassment and inequality in the workplace with creative strategies ranging from establishing a legal defense fund to aid working-class women to lobbying for legislation that would punish companies that foster environments for harassment.

In this exclusive essay for Rolling Stone, Milano explains how she was working to make sure that Time’s Up will have a positive effect for women both inside Hollywood and in the world at large.

After millions of people started using the phrase, and it spread to dozens of other languages, the purpose changed and expanded, as a result it has come to mean different things for different people and whoever you are, if you have any skeleton in your closet of any kind, your reputation is more at risk than ever.

In the aftermath of the #MeToo Movement a new worldwide denunciation is born: SpeakUp.eu by People Intouch, a multi-language, integrated phone/web misconduct reporting & case management website.

The SpeakUp® Phone and Web System are designed for communicating with anonymous reporters of misconduct all over the web and make sure that all misconducts reported can be judged and investigated in a fair way [they say,] for all parties involved and to create a SpeakUp Culture without fear of retaliation.

Based in Amsterdam, People Intouch, a truly international company operating in 57 countries and 70+ different languages, was founded in 2004 to accommodate organizations seeking a European alternative to the American approach to whistle-blowing.

Again, whoever you are, wherever you are, if you have any skeleton in your closet of any kind, your reputation is more at risk than ever.

Is all this going too far?

While  many women may consider the #MeToo movement an important step toward countering widespread sexual abuse and wrongdoing, this never has been the final intended goal of the movement. This was only part of it and in the wake of the #MeToo movement analysis, we have somehow lost the intended plot and story-line.

Instead of celebrating a movement that was looking forward to making workplaces safer for women, classrooms better learning environments for girls and public spaces more accessible to all genders, women are now strangely only focusing on men.

Today, the alleged evil behavior of Weinstein, in other words, goes far beyond the Hollywood casting couch. For women, monsters are everywhere. In the hostile world that women face, we are now told, Weinsteins lurk around every corner.

Are all these Good Feminists fair-minded people?

Are all these Good Feminists fair-minded people or are they only, feeding into the very old narrative that holds women to be incapable of fairness or of considered judgment, giving their opponents another reason to deny them positions of decision-making in the world?

While I do believe that due process shall be applied to both, the denunciator and the denounce and that everyone’s rights shall be respected, many [including women] are now questioning whether the #MeToo Campaign has created a moral global societal panic and if there should be greater transparency in the nature and motives of the denunciations.

Sadly, some people would rather cast stones at all men and cast all women as victims.

The #MeToo movement has already received a fair share of criticism and the way it is going; the movement is doomed. Though they may have wanted to be in solidarity with other women, too many women have joined #MeToo too quickly and unthinkingly.

Meantime if you still have to fight for your reputation, let me know. It is time for everyone that is unduly and unfairly crucified on the public place to fight back.

JMD, a former attorney, a Crisis & Reputation Management Specialist is a Columnist for The Futurist Daily News and editor of the Social and Political Blog JMDlive.com. Follow JMD on Twitter @ jmdlive and visit the following JMD websites: jmdsystemics.com , bunkumless.com and jmdonline.tumblr.com

Tarana Burke accepted the title of the leader of the MeToo movement but has also stated she considers herself a worker of something much bigger: “A movement that includes both men and women of all colors and ages and supports marginalized people in marginalized communities.

The COVID-19 pandemic has resulted in changes none of us could have imagined, but what happens next? If you had asked me  a year ago, I would have told you there  was no way that school children could shift overnight to online  learning; that it was impossible for banks to offer mortgage holidays;  impossible to […]

The arrogance of Donald J. Trump and his self-confidence contain the seeds of his own destruction and the obliteration of the USA domination and influence around the world.

In Search of Climatic & Environmental Excellence

The Unfinished Story of Bhopal 1984 Over the last forty years, especially since the Union Carbide India Limited 1984 Bhopal disaster, the debate over many critical environmental issues has moved from the nation’s legislative chambers to the business and corporate board rooms. One of the most devastating environmental disasters of all time, the 1984 Union […]

Life after the Covid-19 Pandemic

Here’s what to expect long term from the coronavirus pandemic: “Stay Home” The coronavirus has uprooted life as we know it. Everything from our social gatherings to our daily errands has been completely changed and most of us are not too fond of the switch. Realistically and sadly, though, life will not go back to […]

Never let a good crisis go to waste. It could be a great opportunity. No one can predict when a crisis will occur. Most people, corporations and brands will experience a potential crisis about every two years and not all public relations firms are fully equipped to handle events disrupting your business operations, threatens to […]