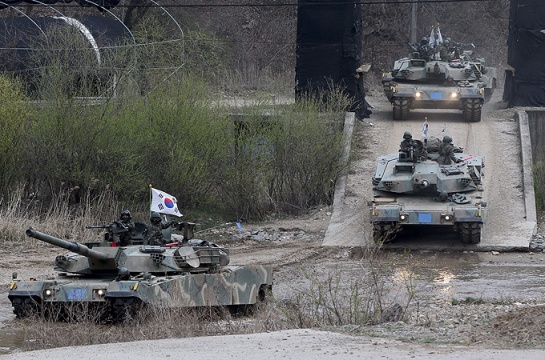 Expectations had been high that Pyongyang would carry out a test to coincide with celebrations marking the birth of North Korea’s late founding leader Kim Il-Sung on April 15 but it did not materialise. April 25 could be another possible date for a missile test launch. This date coincides with the founding anniversary of the North’s military.

Even though the US President Barack Obama has expressed doubt over the North’s capabilities of Pyongyang to arm a missile with a nuclear warhead, the Musudan missile (seen as most likely to be tested), has an estimated range of 2,500km to 4,000km. This is enough to reach South Korea, Japan and potentially the United States military bases on the Pacific island of Guam.

North Korea had offered the United States and South Korea a list of conditions on Thursday for disarmament talks, including the lifting of UN sanctions against North Korea.

“The US should not think about the denuclearization on the peninsula before the world is denuclearised. There may be talks between the Democratic People’s Republic of Korea and the United States for disarmament but no talks on denuclearisation,”  said the North Korea’s state-run Rodong Sinmun newspaper.

How Washington will react to the current threat is still very unclear. Somehow, somewhere, someone will have to stop playing the “My father is stronger than your father” game.