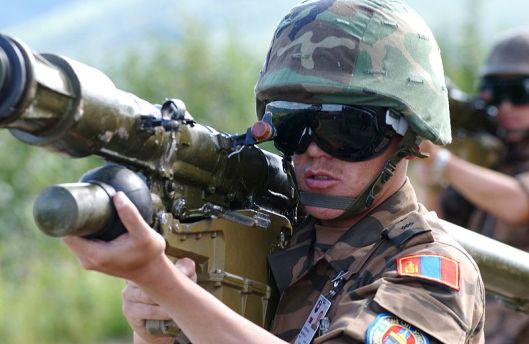 In recent weeks, Syrian rebels have acquired as many as 40 shoulder-fired missile systems to counter assaults by Syrian military aircrafts.

According to Intelligence officials who closely track the flow of arms into Syria, rebels have acquired dozens of the devices in recent weeks and are using them with increasing effectiveness against Syrian helicopters and military jets.

Some of the missiles were supplied by Qatar, which has provided most of the weapons smuggled to Syria’s rebels across the Turkish border. Together with the man-portable air defense systems seized from Syrian army depots, the newly acquired missiles provide the rebels with a powerful defense against the airstrikes that are considered critical to the regime’s defense.

While the missiles are seen as a potential game-changer in the fight against Syrian President Bashar al-Assad, such an arrival evoke fear and dismay among Syria’s neighbors as well as Western countries, including the United States. “In the hands of terrorists, the missiles could be used to blow up commercial jets,” they say.

While most of the Western World (not to say the USA) is concerned about the possibility of a commercial jet flying inadvertently low enough over Syria to be hit by a manpads — the acronym for man-portable air defense systems —both Qatar and Saudi Arabia have provided extensive help for Syria’s rebels in recent months, providing cash and weapons for the guerilla army.